The New York State Board of Elections has fallen even further behind in its already-belated attempts to comply with the Help America Vote Act (HAVA).

This excerpt from the Board’s June 25th status report to the judge overseeing the court-ordered testing and implementation of new voting machines says it all:

“In the July 24th weekly status meeting SysTest announced that the vendors were not ready for testing at this point in time due to various issues, among them: documentation issues, testing machines supplied which did not function, lacked harddrives and or USB ports and therefore could not be tested. As of July 24, 2008 the timeline allowed only 16 days for the run [of] the record test by SysTest and when the Sequoia software was loaded up for a test pass, it crashed.”

Due to these challenges, SysTest, the independent contractor hired to test the machines, has reevaluated its testing timeline and now projects that it will not meet the October 1st, 2008 deadline for testing completion.

Who’s to blame here? We’re sure there is blame to go around, but missing hard drives and USB ports seem like pretty big oversights on the part of the manufacturers of the machines, ES&S and Sequoia. Here’s to hoping that the remainder of the testing process doesn’t get rushed along – We’ll have enough to worry about on election day without a bunch of voting machines that can’t be turned on.

Posted by Laura Seago at 2:25 PM No comments:

You Know We're In Trouble When Congress Does It Better

Politico has a piece today exploring the wide world of congressional office expenditures, from a few hundred dollars spent on a specialty cleaning service, to a few thousand for flat screen TVs, to over a hundred thousand spent on constituent mailings.

This arguably unnecessary spending may make your blood boil, but we would note this paragraph:

For 2008, the House Administration Committee allocated each lawmaker a standard budget of $874,951. But members get an additional amount that’s tied to the distance between Washington and the farthest point in their districts — as measured on a Rand McNally map — and the relative cost of real estate back home.

Makes sense, right? All members get the same base allocation, plus travel expenses based on distance, plus an allocation for rent based on costs in the member's home district.

Contrast that with New York's legislator allocations based on partisan affiliation and loyalty to party leadership. The result of New York's inequitable system is very simple: if you and your neighbors choose to elect a maverick or a member of the minority party, your representative will have less staff and resources to look out for your interests and provide constituent services to your district.

New Yorkers should demand basic fairness in allocation of legislative resources, which, after all, come out of the taxpayer pool we all contribute to.

Posted by Bethany Foster at 11:00 AM No comments: 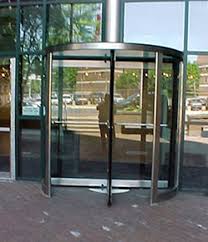 Ex-Majority Leader Joe Bruno took a job--where else?!--with CMS Consulting Services, which does business with a variety of state offices and agencies like the attorney general, comptroller, it was widely reported today. Never has it been cleared that there needs to ban on legislators on lobbying their former colleagues for an extended time period.

As the New York Times' Jeremy Peters wrote today: "CMA drew some scrutiny this year after it hired Robert Scott Gaddy, a former adviser to Assemblyman David F. Gantt of Rochester, as a lobbyist. Mr. Gantt, the chairman of the Assembly Transportation Committee, had long opposed traffic cameras as too intrusive, yet he introduced a bill that would allow cities and towns across the state to install them and require the kind of technology that CMA sells. Currently, only New York City is allowed to use such red-light cameras."

In Congress, the "revolving-door ban" prevents Senators and aides from lobbying the Congress for two years after they leave the Hill, and just one year for House departures. Ex-Governor Spitzer signed an executive order--on "day one" in 2007-- that required a two-year window between the time state employees depart their jobs and when they are allowed to lobby any state agency. (That doesn't apply to campaign workers.) New York City employees are barred from lobbying their former colleagues for a year after leaving public service.

Unfortunately and quite shamefully, no such bans exists for members of the state legislature.
Posted by anonymous at 8:51 AM No comments:

50% of Machines Are Flawed? We Hate to Say We Told You So

Purchasing voting machines that have never been used before in the United States? Could that be a problem for New York? Could this have been been predicted? Um, well, yes!
Posted by Larry Norden at 2:30 PM No comments:

The Daily News' Liz Benjamin reports that Tm Golisano's PAC has become an unauthorized multi-candidate political committee, still acting independently of candidates and still with $5,000,0000 in the bank. The issue may have been the $150,000 individual contribution limit to a PAC.
Posted by anonymous at 9:33 AM No comments:

$5 Million to be Spent on Albany Races

The recent news that part-time GOP gubernatorial candidate and full-time billionaire Tom Golisano will spend $5 million to fund a political action committee to support those who share his vision of reform left some observers confused about the state's contribution and expenditure limits. Golisano lawyer Henry Berger boasted they can spend whatever they want to Azi Paybarah of the Observer. Is that true? Well, yes, and New York notoriously lax campaign finance laws aren't to blame.

Brennan Center counsel Ciara Torres-Spelliscy notes that if Golisano is making "independent expenditures," they in fact can be unlimited under his right to free speech. That's the result of the landmark 1976 Supreme Court decision Buckley v. Valeo, which was reaffirmed by the court 20 years later in Colorado Republican Federal Campaign Committee v. Federal Election Commission. But in order to be "independent expenditures" Golisano may not coordinate his spending in any way with a candidate or party. If he crosses that line, the spending becomes a contribution to the candidate or party which is subject to the state's contribution limits. But, there remains the question of contributions from individuals to PACs.

However, it's worth reviewing the state's PAC limits for coordinated expenditures, which, it should come as no surprise, rank among the highest in the nation. According to the Brennan Center report Paper Thin issued in 2006:

CONTRIBUTIONS FROM INDIVIDUALS TO PACS
Of the 24 states that limit contributions to political action committees, or PACs, only one state, Louisiana, imposes higher limits than New York. Individuals in New York can contribute up to $150,000 per election cycle to PACs, depending on the candidate supported, while states such as Massachusetts impose limits as low as $500 per year, or 0.1 percent of New York’s limit.

Posted by anonymous at 2:04 PM No comments:

At a press conference today Times Union reporter Eric Anderson queried the ex-Majority Leader about his intentions. He may stay; he may not.
Posted by anonymous at 2:00 PM No comments:

Bruno, To Stay or Not to Stay?;
Pays to Be in the Majority

Today's Politics on the Hudson blog writes that ex-Senate Majority Leader Joe Bruno gave mixed signals during a radio interview on if he'll stay till year's end. If he goes, the GOP edge would be just 31-30. Things might get interesting if Governor Paterson calls the legislature back before January.

Among the many interesting stories the New York Times published following Bruno's stepping down, Nicholas Confessore wrote last week (citing a Buffalo News analysis) that Bruno's largess for his constituents totals: "...more than $3 billion in state aid to the Albany region during the last dozen years, including hundreds of millions in capital financing and tax incentives for businesses." That's more than $250 million per year.

Members of the minority, the Assembly Republicans and Senate Democrats, don't come close to the generosity of their majority colleagues because they have vastly reduced resources in terms of members items available and staff budgets.

Two people, one in each of the Assembly and Senate minority, put the figure at 10% of the monies available to the majority. If the ratio of seats is any guide, that hardly seems fair. The Senate GOP has barely 52% of the total seats and the Assembly Democrats hold about 69%.
Posted by anonymous at 4:07 PM No comments: